In the lobby of the Prime Deluxe Balaji Hotel in New Delhi,  the wind swept in and delivered one wiry, handsome, remarkable man known as Ravindra   A broad smile spread over his face like the sun breaking out of a rain cloud.  As we had talked by phone the night before,  I was expecting a positive personality but what I saw was a man who lept onto the world stage, ready for any situation that life offered.

I had been traveling nearly three weeks in India and the stay with Servas Hosts Ravindra and Shyamali  in Noida had been arranged over a month ago. Servas, http://usservas.org is an organization that promotes world peace by enabling individuals of different cultures to meet and converse.)

We moved swiftly out of the hotel into the small street where dozens of auto rickshaws were standing.  Ravindra asked how much.  I believe the driver replied 150 rupees. Ravindra hand flew up in a gesture of negativity,  “No.”  We stated to walk down the street.  The Auto Rickshaw driver cut us off blocking our way.  He accepted Ravindra offer of a third of the original amount.  Wow.  I thought to myself.  I had been seriously overpaying. (150 Rupees = US$2.40, 50 Rupees = US$0.80)

We headed off to the metro station that did not require making a connection to get to Noida.  The metro car was packed with people.  Ravindra’s eyes flashed and he started making gestures to the men sitting in front of where we were standing.  One of them jumped up to offer me a seat.

Off at one of the Noida stations where Ravindra retrieved his car.  Shortly after we were at his house where I met his gracious wife, Shyamali.  Both Ravindra and Shyamali made me feel so comfortable like I had known them all my life.

That evening, we went into New Delhi to an art gallery reception where Ravindra knew most of the exhibiting artists.  I then realized that he was a well known artist in Delhi and beyond. He introduced as an Contemporary Artist from San Francisco. I had fascinating conversations with a number of artists and greatly admired the marvelous art.  I thought I had died and gone directly to Art Heaven.

The following day as Ravindra drove me to the metro station so I could visit the Akshardham Temple, his car stopped in the middle of a busy intersection.  We both got our as vehicles swirled around us .

The last evening I was in Noida, Shyamali and I went to Ravindra’s studio in Greater Noida where over 90 artists have live/work studios.  It was huge.  Three floors and all with very high ceilings.  He holds curated exhibits there frequently.  One had just closed.  I was able to see Ravindra’s sculpture  and paintings both of which I really liked.  The first two floors can be either work space or exhibit space.  The third floor has two bedrooms.  Each floor has a bathroom and the top two floors have kitchens.  I was nearly in shock as my studio is quite small in comparison.

I was also quite content that Shyamali went to the studio as she often is at home caring for her frail and elderly mother.  She was glowing happy as we chatted of art and matters of the world

“You know, Janet, I help a mentally challenged boy by teaching him how to make clay models.  Here, have a look at these.” Ravindra pointed to a long shelf filled with excellent models.  “First I do one as an example and then he does one.”

A short time later,  a number of artists arrived.  We had snacks and drinks and conversed in-depth of art.  I then visited several of the other artists’ studio and saw their work.  It was all so wildly contemporary.  I saw block prints, mixed media, screen prints, oil paintings and watercolors.  I think I may have gotten bruises from pinching myself asking if this were not a dream.

On the day I was to leave India, Ravindra took me to New Delhi to see some of the major art venues of the city.  While in one of those venues on the third level, we noticed an office chair partially blocking one of the artworks.

Ravindra asked the Security Guard, “Why is that chair placed  in front of the art?”  The guard just shrugged.

Next Ravindra moved the chair to the doorway of that exhibit space and then out into the hallway. I believe that someone from that venue approached Ravindra to speak with him privately.  I did not hear what was said but the chair stayed in the hallway.

I totally was in agreement as the chair was in fact a distraction to seeing the art.  Clearly placed there by someone who did not have a clue about art. Add speak up for Art to the attribute list.

Drinking Chai sitting on a wall  by a sidewalk near some of major art venues.  It was a pop up chai drinking venue–that is everything was brought in cups, thermos.  It was most delightful.  As we were chatting and drinking someone recognized Ravindra. They had a brief conversation and I was introduced. Afterwards, Ravindra told me it was someone he had not seen in 30 years.

It seemed wherever Ravindra was there was action.  He truly is an amazing person, eccentric as are most of my friends. 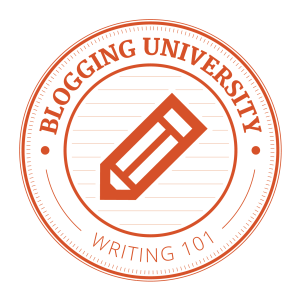